By State House Media and Communications Unit on September 07, 2021 in Latest News, News 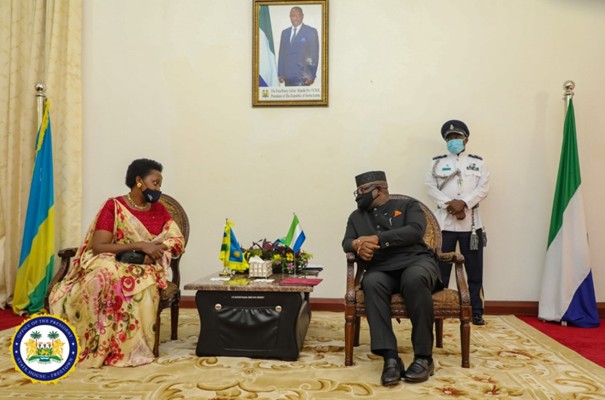 The United Kingdom, Rwanda, Ireland, the European Union, and the Republic of South Korea have a strong diplomatic cooperation with Sierra Leone, mostly in development, which includes education, healthcare, agriculture, technology and the fight against corruption.