By State House Media and Communications Unit on September 10, 2021 in Latest News, News

Director of NAO, Ambrose James, said the commissioning of the 100 Junior Secondary Schools was a manifestation of President Julius Maada Bio’s commitment to improving human capital in the country, adding that the initial project cost was 7.75 million euros, plus additional work envisaged to the amount of 1 million euros, bringing it to an estimated grand total of 8.75 million euros; and that the project would benefit about 35,000 pupils including teachers and other school staff.

Mr. James went further to assure the gathering that the NAO was pleased with the outcome of the project and the deliverables, adding that they would continue to facilitate projects on behalf of the government and the European Union delegation in Sierra Leone to achieve lofty dreams.

Head of EU mission in Sierra Leone, Ambassador Manuel Mueller, said he was happy to make a statement on such an important and ambitious occasion, noting that the President was investing in the future of school-going children in the country but also because education was so crucial to national development. 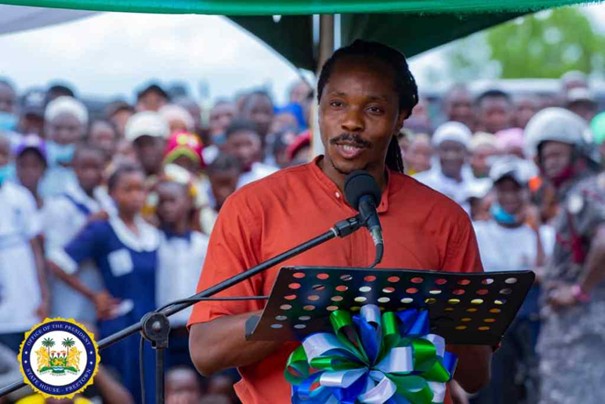 “It is for this reason that education is at the heart of the European Union worldwide, including in Sierra Leone. EU will continue to support the government’s trajectory in strengthening the institution and human capacity of the country. An effort is being made by the government for inclusive educational growth and effective management of technical institutions. The European Union will continue to support this effort,” Ambassador Mueller assured.

Minister of Basic and Senior Secondary School Education (MBSSE), Dr David Moinina Sengeh, thanked the EU and all stakeholders who worked together, day and night, in achieving the construction, rehabilitation and expansion of the 100 schools. He also thanked President Julius Maada Bio for his continued leadership in providing free and quality school education to every child in the country.

“For the first time in many years in this country, there is now improvement in the pass rate and learning outcome in the country. MBSSE will continue to provide that leadership because it is the only way to move this country to development,” Dr Sengeh noted. 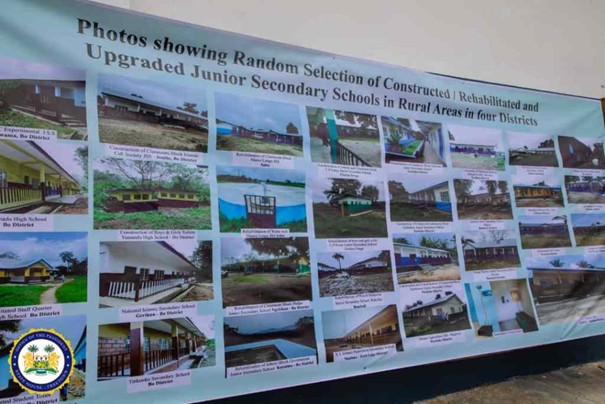 In his keynote address, President Julius Maada Bio said he was happy that public schools were open to every child, not red, green, rainbow party children, noting that the country recorded fewer teenage pregnancies for the first time in a decade as part of their radical inclusion of all learners.

He also announced that for the first time parents no longer needed to pay for scratch cards to retrieve their results because they had developed a technology solution that was free and convenient to access from any cell phone, saving parents and guardians from paying about Le 14 billion.